Unless you have a marketing degree, the more you read about advertising, the less comprehensible it becomes. And that’s exactly how ad execs like it.

This small but mighty company aims to cut through the industry noise. Programmatic Mechanics is a breath of fresh air in the industry in more ways than one.

First, they do exactly what their name suggests — help businesses and agencies with programmatic advertising (advertising that is managed by computers). It turns out machines are far better than humans at churning through data points to figure out ideal targets. 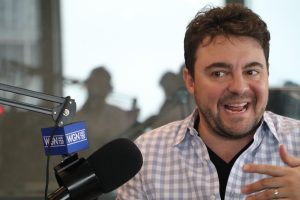 Second, as CEO and founder Keith Gooberman explains, they’re an independent company. “We didn’t take any funding,” he says. “We don’t have some goal to hit to keep investors happy. We can be honest about how many people saw your ad and then booked your hotel room.”

No investors breathing down his neck also means Keith can enjoy the perks of being a very skilled small fish in a big pond. His team prioritizes high quality over high margins. “We’re going to serve you the same product that guy’s serving you, but he’s going to keep half your money in his pocket. We’re going to serve twice as many ads,” he explains. “Targeting is important too, but I think we’re probably going to perform better because we have a lot more ads on the market.”

Keith joined the podcast to explain how he convinces companies to give the little guys a chance, why they keep coming back and the pricing secret advertising companies don’t want you to know.

With the self-service platform, we’ll do small clients with one fish fry location all the way to Fortune 500 companies. Specifically, it’s the ones that have several agencies doing different things, and they use us to run the programmatic advertising.

The core business is working with agencies that are doing good work, that either don’t want to build out this division or have had trouble. If you use us, you can’t accidentally spend $100,000, so you protect yourself.

The pricing secret advertisers don’t want you to know 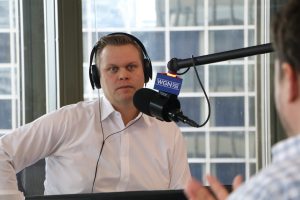 You don’t know the actual value of an advertisement. That makes it a whole different world than, say, milk. There’s a lot of milk produced every day and there are a lot of farms. Kraft buys a tremendous amount of it. They know how much milk should cost.

But you have no idea what an ad should cost — nobody really knows. We can define how much we want to pay for things, but I had one ad on LinkedIn that turned into a multimillion-dollar contract. It cost seven tenths of a penny!

Ad agencies are built to try to figure out how to find the value in media. The compensation model for an agency became a percentage of how much media you manage which disincentivizes the buyer to want to spend more money on behalf of a brand. That created a world where every type of new media is sold at a ridiculously high margin just using a story. We promise you the world, and you eventually realize, wait, these are just like newspaper ads or banner ads in a new format.

Then you get venture capital coming into this market. They’re throwing hundreds of millions of dollars at this stuff. That creates the need for higher margins and better returns, and more salespeople promising a bunch of BS.

Why advertising is a great market for an underdog

Advertising is a fabulously fun market. The major ad agencies that are the dominants are generally not doing the best job or charging the least amount of money. It leaves it open.

Advertising agencies come out of everywhere and they take different forms. Every year you read about an agency that got up to 500 people, and it’s like, how did that company win all that business? They just came around and were like, we do this well. You should trust us, don’t trust those guys. If I like it, I tell a friend, they tell another friend, and if you do it right, you get pretty big.

How a marketing company sells itself

Facebook was en fuego five years ago: you could put in $20 and it would print money for you through selling your shoes or whatever. Nobody could go up against that too hard. 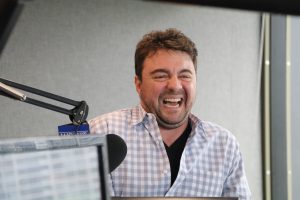 It was more about asking prospects, how are you doing that? Are you just shipping it off to a company and you don’t talk to them about how they’re doing it? You put in $20 and got $200, but maybe you could have put in $10 and gotten $400.

What has gotten us some momentum is that we didn’t take any funding. We can say, you can trust us. We don’t have some goal to hit to keep investors happy.

We can just try to do this with you transparently and make it work for you. We can be honest about how many people saw your ad and then booked your hotel room.

Say there’s somebody who told us two years ago, well, I’ve already got a great group of people doing this, and we were like, great, call us if there are problems  we could fix. Within five years, one out of three of those people will be like, hey, actually we would like to talk to you about buying Waze and Reddit only. And then we’ll get in with a good agency just by doing a good job. They’ll be like, hey, this is great: can you also do our LinkedIn and put it into the same dashboard?

Why choose David over Goliath

You run the show. It’s just us running the business, trying to do a good job, be a good place to work and have a good time. When I started, Dave Smith, who runs Mediasmith on the West Coast, asked me, what do you want to do? I was like, I just want to have a nice life and not worry too much about things. He was like, that’s a good goal because if you’re trying to sell it for $100 million, that’s really hard. But if you want to have a company that has good profitable years, some break-even years, and you just roll with the punches, that’s obtainable.

That comes through in the amount of margin that we take, which makes it more effective. We’re going to serve you the same product that guy’s serving you, but he’s going to keep half your money in his pocket. We’re going to serve twice as many ads. Targeting is important too, but I think we’re probably going to perform better because we have a lot more ads on the market.