Get some ‘me time’: Meet the innovative childcare company helping parents do just that

Get some ‘me time’: Meet the innovative childcare company helping parents do just that

Childcare has been an issue for ages — possibly since caveman days, but we’re still getting it wrong.

Daycares tend to offer only multi-hour stretches, so parents are out of luck if you only need supervision for Junior for an hour or two here and there. Nannies and babysitters don’t want to travel for one hour’s pay. And then there are stay-at-home parents who are happy to watch other people’s children as well as their own to make extra money. But unless you happen to know them already, you’re unlikely to know where to find them.

It’s hard for parents to justify paying for childcare that’s only for an hour or so.

“Created for parents, by parents,” MeTime has flipped the script. “We have been working with stay-at-home parents, licensed daycares and nannies who have small pockets of time,” says co-founder and CEO Kayla Carey.  “You can drop off your child and they don’t have to go anywhere. They can take more than one child at once so they can make more per hour. And for the daycare, it’s all upside because those are spots they weren’t filling.”

Kayla and MeTime’s co-founder and Chief Product Officer Toi Valentine started the company in September 2019. They quickly discovered that parents were interested in the model, and the pair are now raising funds to help expand their list of providers.

It helps that society is easing up on guilting parents for needing short, regular breaks. “The conversation now is less about the guilt, it’s more a requirement for me to take care of my mental and physical health so I can be the parent I need to be,” Toi says.

Toi and Kayla joined the podcast to talk about why self-care is so important for parents, and how MeTime is helping them get it guilt-free. 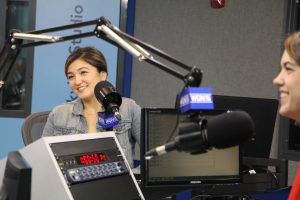 Kayla: The most interesting thing about this industry is that it’s harder to find an hour of childcare than it is to find five. You can find five hours for you to go on a long date night, but you can’t find anything that covers you for the short gaps of self-care, or peace and quiet. That is the niche we’re trying to fill. Me time doesn’t have to be luxury. It’s the things you used to have in your life, like 15 minutes of a quiet shower or going to the gym or taking a walk.

Those periods of time in your week are really important, so that you can be a present and available parent and spouse.

Toi: The idea of having family to rely on for those things is dwindling. More people are geographically dispersed from their families, so they don’t have that support structure. What’s nice is that MeTime becomes your go-to support structure in those moments, so  you can say, guilt-free, I need to go to Costco for an hour. 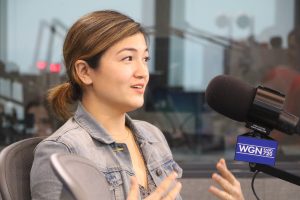 Kayla: We wanted to flip the way people typically think about childcare, which is someone comes to you. They don’t want to come to you for less than three or four hours. They have to travel between their house and your house, and that costs them money. They have to make sure the three hours with you is not in conflict with a five-hour booking they can get with someone else. They’re going to try to maximize their ability to make money.

There are providers out there like licensed daycares who have open slots. They’re not marketing those open slots to people who need a small amount of time. They’re marketing to people who can book three to five days a week, full time. There are also stay-at-home parents who are already providing care. They have this really important resource they can’t get people to use.

We have been working with stay-at-home parents, licensed daycares and nannies who have small pockets of time. We’re getting them and their spaces vetted so you can drop off your child and they don’t have to go anywhere. They can take more than one child at once so they can make more per hour, which makes an hour doable for them. And for the daycare it’s all upside because those are spots they weren’t filling.

It’s cool to be kind to yourself

Toi: My background is in design and product innovation. I’d spent the last 10 years practicing human-centered design, making sure we understood the people  we were building something for. When Kayla said she had this problem, I was like, I definitely believe you’re experiencing this. But I’m curious how many people will actually follow through. It’s one thing to say I’m exhausted, I need to do something, it’s another thing to actually take the time to go. 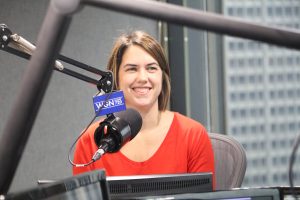 I went into it thinking it was going to be a big hurdle for some people — that there would be an adoption curve around the mental state of giving yourself that time. I think there is something happening though. Work is changing — people have more flexible hours, different kinds of jobs and lifestyles. But then also, there is this self-care industry, and how we talk about it now is so commonplace. If you go through your social media, every other post is about the importance of taking care of yourself. The conversation now is less about the guilt, it’s more a requirement for me to take care of my mental and physical health so I can be the parent I need to be.

We talked to every parent we knew, not just in Chicago. Everyone was like, I wish this was a thing I could take advantage of, because the idea of paying $100 for a sitter just so I can go to the gym is ridiculous. This is something people are talking about, but no one’s really asking for. And so by putting this out there, we’re having that conversation more often with parents.

Bringing the people what they (really, really) want

Kayla: Right now we have about 60 providers across Chicagoland. We launched in September 2019, and we’ve been building capacity since then. That’s our most critical activity right now: making sure we have enough providers so people can find something close enough to them that they feel comfortable with.

We’ve been bootstrapped up to this point. We’re raising capital now, so that will ideally make the process a little easier. But it has not been hard. It’s just been a matter of being able to interview everyone and get them onto the platform so people can find them. We had bigger gaps two months ago — there are neighborhoods where we didn’t have providers where now we have three. That is the most important thing for us right now, and it is not as big of a challenge as we initially thought it would be.

Toi: When we started we were like, let’s just prototype this. We didn’t build the product, we used third party tools and created a scheduling form. We thought this would be daycares only, but then the more we looked into, we were like, the real gap is actually options. People need more than what daycare hours can give.

Kayla: And parents and nannies were like, please let me be on your platform.

Toi: We were not going to say no to that!