If you think of a chief technology officer (CTO) as a computer super nerd with an aversion to human contact, you’re only half wrong.

Being CTO involves more than hunching over a computer tapping out lines of code — which is what Groupon’s new CTO John Higginson originally wanted from life.

As a kid in the ‘80s, John was happy spending hours programming his Commodore 64. It was at his first post-college job with Applied Systems that he realized he was interested in the strategy of the whole product. “Not just writing code, but how you think about products and how you think about solving a problem,” he explains. 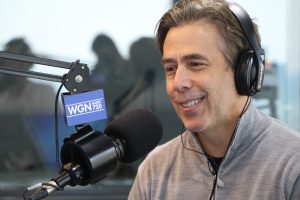 Becoming CTO has meant putting people before machines. “This is more a people role than a technology role,” John says. “Figuring out how to get the right people is hands down the most important thing I need to spend my time on.”

As a member of the C-suite, John serves as a liaison between his team’s technical knowledge and executives’ ambitions. He knows boardrooms are not the place for geeking out. “What matters to them is how that can make the company move faster,” John says. “You then have to be able to translate that back to the tech team.”

John joined the podcast to talk about the human component of being a CTO, walking the walk as a leader and where Groupon is going.

How Groupon plans to keep getting you those deals

Groupon was the first big tech IPO that we had in the post-dot-com era. In many ways, it invented this category and this idea that you could take merchants of all different vertical markets and give them a way to reach this huge audience.

This company has this great brand name and this great presence in local commerce, particularly around experiences. It’s figuring out how we continue to provide great experiences to our consumers no matter where they live and continue to have this really great platform for merchants.

Part of that is finding out how consumers want to do things. We’ve already had 200 million downloads of our mobile applications. We’re the sixth most popular app ever on iOS. Taking that foundation and building on it really excites me. 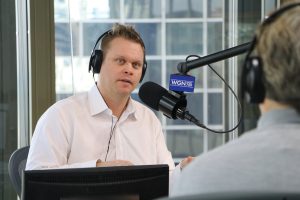 From a teenager’s bedroom to the boardroom

If you’d asked me a year out of college if I wanted to be a CTO, I think I would’ve answered, I don’t know what that is. I just always loved technology, going back to when I was a kid.

I grew up in the ‘80s and I had a Commodore 64. That was my entree into technology. I fell in love really early on with this machine that you could make do all kinds of different things. If you were a carpenter or you worked in some other physical media, you could only do one set of things. This computer could play music. You could do video games, you could write novels with it. I’ve always been intrigued by what you can adapt technology to do.

I was definitely the kid who was happiest in his room with a computer and all the lights off. It took getting out of college and working for Applied Systems — the first company I worked at — to realize I was driven by the creation process and the strategy process more broadly. Not just writing code but how you think about products and how you think about solving a problem. Seeing customers light up when you give them something that changes the way they work or live.

That made me think, I’m not an engineer: I’m a technologist, a strategist. And that led me to think about leadership.

Good technology people are a scarce resource in every city I’ve ever had teams in. Figuring out how to get the right people and get them integrated into the team is hands down the most important thing I need to spend my time on.

Technology leaders have a very important translation role. They have to be able to have conversations on both sides of the technical divide.

You can’t roll into a boardroom or the CEO’s office and talk about all the super geeky things that you learned at the last conference. What matters to them is how that can make the company move faster or get in front of a different category of consumers or market differently. You then have to be able to translate that back to the tech team.

It’s an enablement role, but it is one that has to uniquely straddle both business acumen and technical acumen.

Be the boss you want to see in the corner office 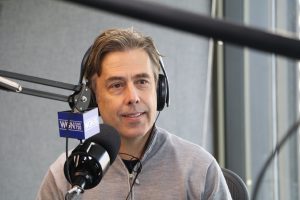 When you move from being an engineer to being a leader of an engineering team, you’re going to look at people doing things that will not be the way you did them. At first it will be infuriating and then it will be humbling because you’ll realize that you’re working with people who are better than you were at that particular thing. So I think the first thing that goes as a leader is that ego. Otherwise you’re going to create a bunch of mini yous rather than figure out a way to help everybody be better.

I always tell newly minted managers to make sure that you’re modeling the behavior that you want to see. An important example is diversity. I’ve worked with a number of different organizations around diversity for female engineers and for people of color. As a leader, you have to keep saying that’s important and you have to demonstrate. When you’re hiring for your own team, when you’re talking about investment in different organizations or sponsorships or scholarships, you have to model that behavior.

The other thing you learn early as a leader is not to undergo a personality transplant. A lot of people think that leaders have to behave in a certain way. If you see somebody in the big chair in the corner office and they’re a sociopath, you’re like, maybe that’s what you have to be to get there.

I think people need to understand that your early successes are because of who you are at your core and how people respond to that. Everybody’s leadership style is different and every company’s culture is different. You need to be true to yourself and find an environment that is true to how you want to lead and the culture you want to create.