The cryptocurrency elevator is on the ground floor: why the US needs to get in or get left behind

The cryptocurrency elevator is on the ground floor: why the US needs to get in or get left behind

We fear things we don’t understand, which is why the rise of cryptocurrency has traditional financial institutions cowering in the corner.

But innovators are determined to coax the banking industry into the future.

Colleen Sullivan is the CEO of CMT Digital. One branch of proprietary trading and financial services firm Capital Markets Trading (CMT), it focuses on cryptocurrency and blockchain technologies.

At first CMT Digital only worked on the regulatory side. A few years later, in 2016, the firm invested in Bitcoin, and in 2017 it launched a trading desk for crypto assets. These days, the company also invests in crypto-related technologies. 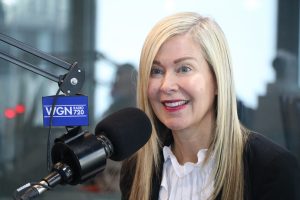 Colleen believes crypto can bring our financial behavior up to speed with everything else we do on the internet. “In the next five seconds I could FaceTime a friend in Singapore or play Fortnite with 99 other people. But I can’t send more than a nominal amount of money — domestic wires take 24 hours,” she says. “That’s what this technology changes.”

Despite the potential, policymakers are wary. “We still spend a tremendous amount of time educating regulators and policy makers so that they’re not afraid of the technology,” Colleen explains. “Their attitude has been to put the brakes on this.”

Colleen joined the podcast to talk about what happened when she suggested CMT get involved in crypto, why the U.S. government needs to figure out crypto policies fast and why Mark Zuckerberg scares regulators.

How to convince your bosses that crypto is legit

We started in this space in 2013 from a legal and regulatory standpoint. CMT had always traded in regulated products and regulated markets. When I said that I thought we should invest in Bitcoin, they were like, I don’t know, we’ve got a reputation we care about a lot! It didn’t go over very well.

But they were good with us getting involved on the legal regulation side and we did a ton of that work. That’s still a big component of what we do. Through that we invested in Bitcoin and then we launched a crypto trading desk. We trade globally on crypto spot and derivatives 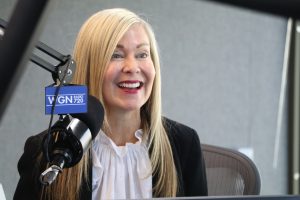 exchanges. Then in the fall of 2017 we started investing in this space on a venture basis. We now have 26 portfolio companies.

The firm definitely has a strong belief in investing in innovation generally. And I would say there’s a mindset of running toward change rather than running away from it.

On the internet we can transact information simultaneously all around the world. In the next five seconds I could FaceTime a friend in Singapore or play Fortnite with 99 other people. But I can’t click on a button in my browser and buy a New York Times article for 10 cents instantly or send more than a nominal amount of money. Domestic wires take 24 hours and international is up to five days.

That’s what this technology changes. In November, we had a $1 billion transfer of Bitcoin settled in 10 minutes for $3.89. That’s about to happen with transfers of all forms of value. These new economies are starting to come to the forefront, like esports gaming.

In 2018, Fortnite did $2.4 billion in revenue. Sixty-nine percent of Fortnite users buy in-game assets like skins and emotes even though they don’t own them — Epic Games owns all that stuff. This technology transforms that. Now you can hold those assets in your digital wallet and you can trade them. It’s about to get pretty exciting.

China gets crypto — which is why the US needs to act

We’ve never had a digital form of money like this. Today, almost all international transactions have to go through the U.S. banking system in some way. It doesn’t necessarily need to be that way anymore. 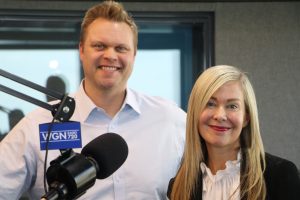 Then you go down that rabbit hole. How do economic sanctions work if transactions don’t have to go through the U.S. financial system? Can these countries start to trade with each other outside of the U.S. dollar? What happens to the U.S. dollar as the global reserve? There are a lot of things happening.

The US is struck with crypto-phobia

We see the most resistance to cryptocurrency on the regulatory side. Facebook started off a firestorm at the end of June when they announced Libra, this new crypto asset.

Mark Zuckerbeg is like the unelected president of the largest country in the world — 2.4 billion people. I think to a certain extent the way governments maintain control over their people is through controlling the monetary supply. With Libra, you don’t control it anymore: you’ve got a private company that’s controlling this asset.

It’s fear. And so there’s a lot of educating that needs to happen. We still spend a tremendous amount of time educating regulators and policy makers so that they’re not afraid of the technology. Their attitude has been to put the brakes on this: we’re scared of it, how do we stop it? Whereas you go to other jurisdictions like Singapore and Switzerland and it’s how do we make this work?

On the positive side, Chris Giancarlo, the former head of the Commodity Futures Trading Commission (CFTC), just started the Digital Dollar Foundation. They’re pushing the Federal Reserve and other groups in the United States to put together a digital dollar so we can stay competitive with other jurisdictions that are already doing that.

China should have the digital yuan issued in the first half of this year. Giancarlo argues that they don’t have the best track record in terms of surveilling people and their transactions. If you have to choose between a digital yuan and a digital dollar, here we’ve got implied rights to privacy in the Constitution.

You want to get the right people thinking about a digital dollar, who are are going to think about embedding privacy and how that’s going to look. There’s a lot of consideration that needs to go into this, but the sooner we start thinking about it and figuring out what rules do we need in place, what kind of jurisprudence, how do we put all this together, the better.