Out on the open road: Ride your dream bike through the Airbnb for motorcycles

Out on the open road: Ride your dream bike through the Airbnb for motorcycles

Successful businesses don’t have to reinvent the wheel. They just have to find people who want to ride the bike.

Longtime Technori fans may remember Twisted Road founder and CEO Austin Rothbard from his interview on the podcast in 2018. The website connects motorcycle owners with riders looking to try out a different model or experience a new city on two wheels.

Twisted Road checks each rider’s history and license, and riders and owners both have the option of buying temporary insurance through them. The owner makes some cash, and Twisted Road takes a cut. The rider gets to experience the thrill of a bike without the long term responsibility or the cost of transporting their own bike across the country. 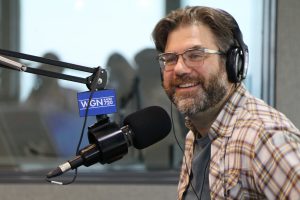 Two years in and business is booming. “When we went live, we had 79 motorcycles on the site,” Austin says. “Now we have 2,500 bikes and we’re in every state.”

It helps that bikers are a welcoming community despite what you may have heard. “It’s probably the most inclusive and peaceful community I’ve ever met,” Austin says. “We’re unlocking it.”

Austin joined the podcast for a second time to talk about Twisted Road’s growth, why they have so many repeat customers and how the biker community helps them to stand out.

I was with my family in the Grand Canyon and I wanted a bike to ride — to experience the area on two wheels — and there was nothing available. So I started thinking, I know there are bikes sitting idle in people’s garages and I just want to ride them. I decided after that trip I was going to solve two problems: I needed a bike and there are bikes not being used.

I put the company together in 2017, and we went live at the end of that year. All through 2017 and 2018, it was just me: I self-funded and started growing it. In the early part of 2019, I took on some angel money and hired three people, and we now have a handful of freelancers as well.

When we went live, we had 79 motorcycles on the site. I remember being really happy, and then we got our first rental that day. Now we have 2,500 bikes and we’re in every state, including five of the Hawaiian islands and Anchorage, Alaska. We have rentals out all the time because we’re everywhere. 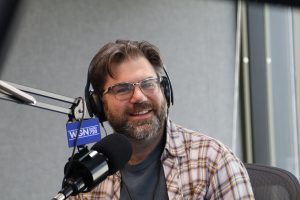 It’s been good — the community loves us, the feedback’s been positive. Our repeat rates are going through the roof. People get on it, they love it, they repeat, they tell their friends. After a ride’s done, there are three reviews. The rider and the owner rate each other, and then the rider gets to rate the bike. Ninety-seven percent of those are five stars.

The four types of Twisted riders

The fourth reason people rent with us is that they’ve got a bike in the garage but they’re cheating on it: they want to try something new and they don’t want to buy it.

A ride-or-die community is what sets Twisted Road apart

Our traditional view of what a motorcycle rider is is tough and leathery and angry and aggressive. But the reality is, it’s probably the most inclusive and peaceful community I’ve ever met.

When you go down a road and another bike’s coming the other way, they wave at you. It’s like a tight religion: if you ride and I ride, we both get it. We’re on a different journey than everybody else.

What makes us different than any other rental platform is our community. We are all about fostering a strong community. If you go to our Instagram, two or three times a week people are posting images of the bike they just rode through us and they’re tagging us. They’re like, thanks for this ride Twisted Road, couldn’t have done it without you. 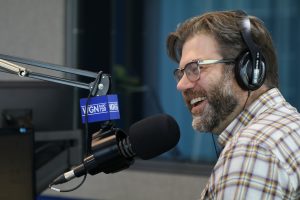 We have extreme customer service. You can contact us all the time, including weekends. If you’ve got a question, we’re going to respond. Our response time online at any point of the day is under five minutes. We’re building the community that’s already there. We’re unlocking it.

Someone just wrote a blog piece about us. She flew to California to ride out there. She gets this bike that she’s always wanted to try, this Triumph. She gets to the guy’s place to pick up the bike and they start talking about where she’s riding, where he’s ridden. Next thing you know, he decides he’s taking the rest of the day off, he hops on one of the other bikes and they go riding in LA. That’s the kind of community we’re doing our best to build.

Yes, there are biker influencers

We have this guy, Yammie Noob. He is exceptional. He’s got 500,000 subscribers on YouTube and every day he’s creating more content. He invested his own personal money in our latest [funding] round and he is driving a ton of traffic and always talking about us.

For example, he put his three personal bikes on our site and the next day he got a rental. Three days after that the guy arrived, they videoed the entire thing and then the next day it was on Instagram. He knows how to make it work — it’d be great to have a few more people like that.