If there’s not an app for that, make it yourself or your company with Draftbit

If there’s not an app for that, make it yourself or your company with Draftbit

Apps generally come in two varieties: bespoke, beautiful and enormously expensive, or cheap, bug-infested and look like every other low-budget app in the App Store.

Draftbit gives individuals and businesses the power to make personalized, aesthetically pleasing apps without a big budget or a team of engineers. “You can have very personalized experiences: have an app for a specific event, for your family, your warehouse,” says co-founder and CEO Brian Luerssen. “Those are things that never made sense before. But with Draftbit, you can build highly specific tools.” 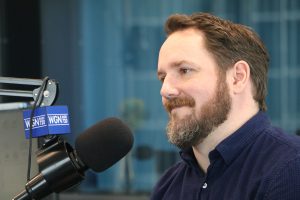 Draftbit started by thinking of the little guy, but Brian foresees a big audience. On the one hand, “we have a guy in Iowa who’s building a personal sleep-tracking app,” Brian says. But on the other, big enterprises often need niche apps for small groups of employees. “Walmart has something like 26 internal apps or more,” he points out.

That’s just the start. Brian believes that enabling more people to create apps will lead to uses we can’t even imagine right now. “In the future, you won’t worry about whether Facebook controls your data because you’ll create your own network for your friends and family,” he says.

Brian joined the podcast to talk about his lifelong app obsession, what makes Draftbit different from its competitors and the kind of apps he hopes to see people create on the platform.

I’ve been building apps for a long time and doing things in mobile. Before apps even existed, right after I graduated from Indiana University, my first business was building this text messaging price comparison engine. It sounds insane today, but we didn’t have apps on phones, so I was using text messaging as an app.

My life since then has been all about mobile building. I worked in the dating industry for a while, I built tons of apps in the dating world, and I’ve invested in companies that are building apps. All I do is try out new apps and use them!

Make apps to keep track of your sleep, your family or your warehouse

There was a wave of mass market apps — WhatsApp and Facebook and Instagram. But I think what you’ll see in the next five to 10 years is a new type of app. Those apps were designed for millions or billions of people. But Draftbit and other platforms are creating this ability to create apps for small numbers of people. 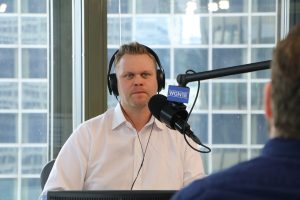 You can have very personalized experiences: have an app for a specific event, for your family, your workspace, your warehouse, to track something you want to track. Those are things that never made sense before: you’re like, it’s going to take a million bucks for us to get this made and into the app store. But with Draftbit, you can build highly specific tools.

As an example for enterprise, Walmart has something like 26 internal apps or more — an app for every function. If you’re a warehouse manager, they have an app specifically for you in your job. It’s an app just for certain roles.

We also have people in our platform building tools just for themselves. We have a guy in Iowa who’s building a personal sleep-tracking app because he wants to track sleep in this unique way. Maybe it’ll eventually turn into a business, but right now he’s building it as a hobbyist. I think that’s what’s really interesting.

Start simple, add more, never have to start over

You start with the minimum viable product (MVP). Say you create a list and connect it to Airtable or to a Google spreadsheet or to your Salesforce. Then you’re just pulling in data, so you don’t have to do much complicated logic. You can do that without being an engineer.

But over time, your app evolves and you need to do something complicated. And that’s where Draftbit is very different, because we let you work alongside engineers. Whenever the engineers do something and put it into source control, you can keep working.

One of the big things when we started was that we never want you to throw away and start over. You should just be iterating the whole time. The name of the game with every other platform in this space is that eventually, at some point, they throw it all away. And that’s what’s really painful. 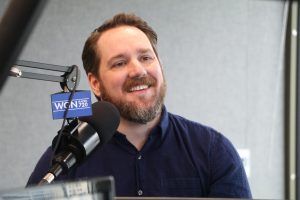 When you create a private community, you don’t have to worry about the parent company controlling your content. In the future, you won’t worry about whether Facebook controls your data, because you’ll create your own network for your friends and family. Everyone should have their own apps that they control the data for.

We’ll start to see people build things for themselves that then become the next wave of mass market apps. You won’t start out focusing on mass market, you’ll start solving your problem and then you’ll share it with your friends and it will go from there.

I’m curious about all the different crowdsourced apps we’re going to see. Those aren’t great businesses but they’re really useful, interesting products. If you think back 10 years ago, before we had tools like Wix and Squarespace and Webflow, who could have imagined all the different crazy websites and blogs and projects that have been created because those platforms exist?

I think the statistic is that in the next three years, there’ll be a billion people that have grown up using software. We think a huge chunk of them want to create software as well. We’re really empowering people to be creative: go build an application that either solves a problem or is fun. Do whatever you want!