Made famous by reporters in “All the President’s Men,” the line “follow the money” also applies to businesses looking for unexplored ways to innovate. And it usually leads to a long-neglected department.

“Procurement is the most boring space in the history of the world. But they control more money at a big corporation than any other entity in the entire place,” says Mike Anguiano, founder and CEO of SupplyHive and CVM Solutions.

Mike should know — he’s spent almost two decades delivering tech solutions in a space with lots of untapped potential. After selling CVM to Altegrity in 2011, Mike went back to start another procurement company. In fact, it was a former client who told him exactly what to build next. 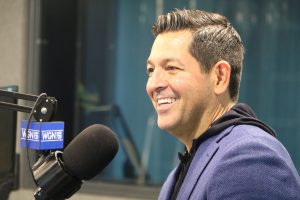 “He said, I want you to build me something that’s like Yelp for suppliers. I want to rate the suppliers and ask them a bunch of questions. I want your technology to summarize the data. I want it to score the suppliers. And I want all of that to be automated,” Mike says.

He tested the prototype with former clients, who loved it. Big name brands soon came calling, including legacy companies looking to modernize their processes.

Mike joined the podcast to lament the long mistreatment of procurement departments, to explain why businesses changed their attitudes and how one old client’s outrageous demands spawned a new company.

Think procurement isn’t sexy? You should see their budgets

Procurement is the most boring space in the history of the world. Companies always put these people in the back of the building, in the grey cubicles. But they control more money at a big corporation than any other entity in the entire place. They’re controlling billions of dollars. 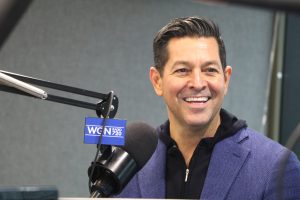 All of a sudden procurement is becoming the sexy thing because people have figured out, wait a second, this group is spending billions of dollars. If we can deploy them and create innovation out of here, they can be a really big asset to the business, as opposed to just being cost cutters.

It used to be that you would hire a supplier and they would be there forever. Today you have all these young companies coming up with incredible ideas, incredible tech, all these things that you can try overnight.

There’s a mindset shift that didn’t exist years ago. We’ve been bringing on big companies that have been around for a very long time and have very sophisticated organizations but old processes.

They’re old school companies listening to people in Silicon Valley and saying, if we don’t disrupt our own models, we’re going to go away anyway. Bring me new tech and I can try to figure out whether I can fit it in here. People are more open to that now.

Sometimes customers actually do know what they want

After CVM Solutions got acquired, I stayed around for like a year. Then I said, what do I do now?

I took all of my ex-clients out for a big dinner and drinks. These were all senior procurement executives from big companies. I said, I want to come back into the market. What do you wish you had that you don’t?

The commonality was, our companies are using machine learning and artificial intelligence (AI) and natural language processing to become these great businesses. But we’re still using spreadsheets to measure performance.

I’m like, I don’t have a lot to do right now. I’ll build you a prototype and we’ll roll it out. And if it works, we’ll figure out what to do later. 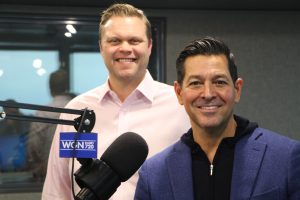 We built it for that guy. He rolled it out and they had a thousand reviews that came in: in 10 years, they hadn’t had a thousand. He called me up and said, the thing works. It really works. I went to the next company who’d been at the dinner and they started using it and it worked.

My old customers gave me the entree to run a pilot. I didn’t charge anybody — I didn’t even have a business entity at the time. Next thing you know, we had eight or so pretty decent-sized customers using the platform.

The next thing that happened was big companies like Walmart and Coca-Cola started calling us saying, here’s our process. Here’s our spreadsheet. Can you drop this into your tech? Our technology did almost everything already, so we simply started converting all of these manual processes over.

The money is ‘pouring’ into procurement

In 2019, we started charging people. Now comes the moment of truth: I’ve got to ask you for cash.

At that point we had 18 customers, all Fortune 500 except for one. Six of the 18 were my original customers and then the next 12 were new relationships. About two-thirds of the 18 converted into paying customers. We’re still negotiating with the other six. I don’t know that we’ll have a perfect 18-for-18 record, but the business took off.

All of a sudden there’s a lot of money pouring into the procurement side of the market. One of our competitors, with a little less than $20 million revenue, just got acquired for $540 million by Workday and one of its investors was Salesforce. There are a lot of eyes on the market now.