3 Things Great Leaders Do Every Day

3 Things Great Leaders Do Every Day 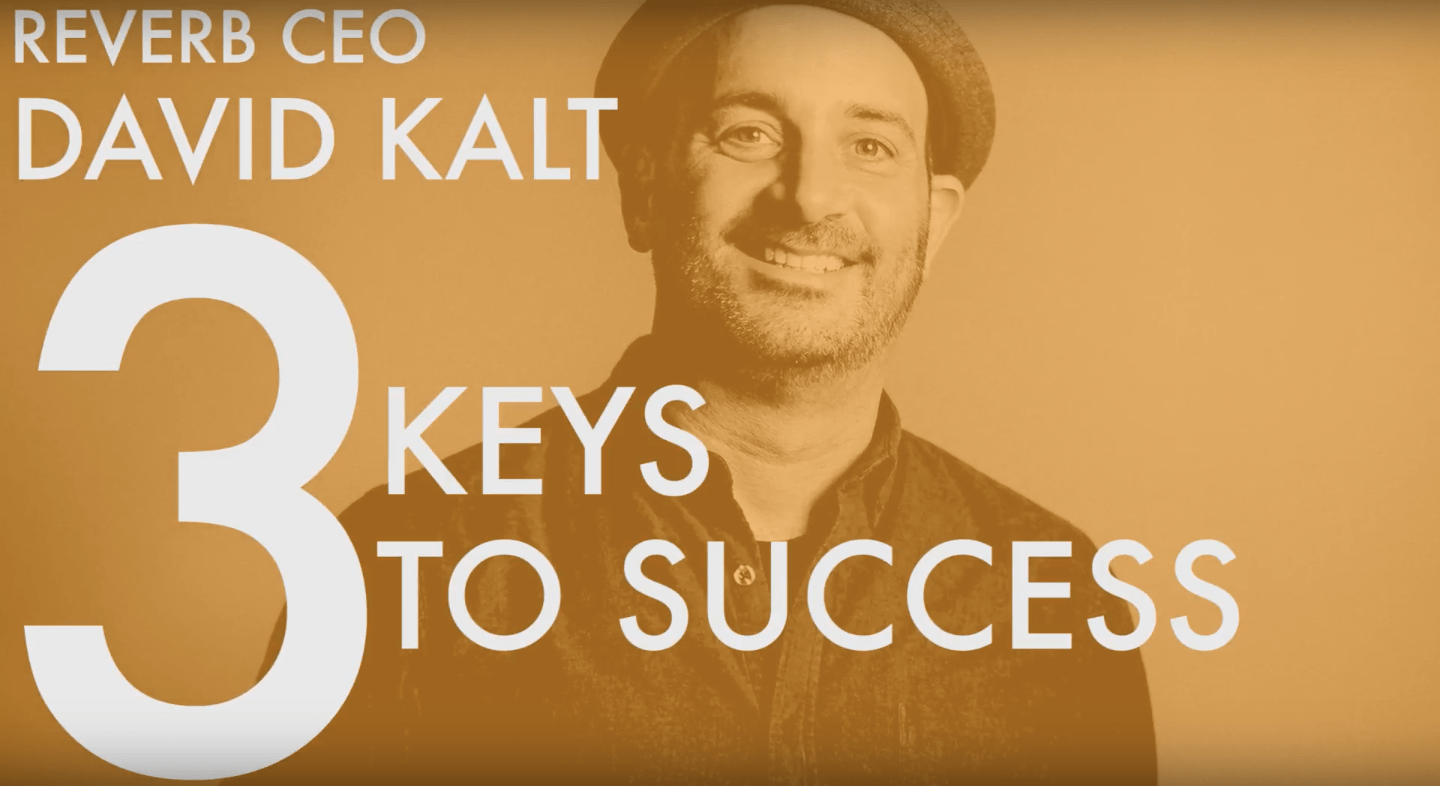 1. Spend 30 minutes a day using your own product.

“Use it or lose it”, says Reverb.com CEO David Kalt. Ahhhh, can you say that again? “Use your product at least 30 minutes every single day.”

That’s it. And most of us missed it.

As David tells it, nearly all of his success – and there’s been a LOT – are founded in pain! For example, following his first exit, he pissed through a few million bucks trading options… “bad investments” that would ultimately pay some HUGE dividends. Wait what? Ok, so losing $2 million wasn’t the plan, but in doing so, David discovered a major pain-point in options trading; and #BOOM, like that a golden rule was born!

“Good leaders spend at least 30 minutes every day using their own product. Great leaders encourage their entire team to use the product for 30 minutes a day.”      –David Kalt

It’s so obvious! How can you possibly understand and solve the pain points for your customers if you don’t know your own product? The short answer is you can’t. When I heard this I immediately thought… when is the last time that I went to technori.com just to scroll? I won’t tell you how long it had been, but let’s just say that I was not following Kalt’s golden rule

His point is simple, but it has gotten him pretty damn far. Prior to acquiring Chicago Music Exchange for $8 million in 2009, he founded an online trading company, called OptionsXpress – which literally was the result of his own personal online trading experience… And, compliance be damned, when he built his OptionsXpress team, he made sure to institute this must-do-rule of using their own product on a daily basis – after all, how can you have exceptional customer service (another massively important factor to operational success) if the people on the other end of the line haven’t even used the product?

Oh, yeah! He later sold that company for more than 1 billion dollars ?

[note: the next day, I personally read through several of my own posts and noticed a lack of engagement, then I  pulled a story, rewrote it, hit re-post and within the hour social engagement exploded]

2. Write your next hit song every day

David didn’t stop there – far from it, actually! As a gift to himself for exit #2, Kalt bought a SWEET ‘63 Fender Stratocaster for $7,500 (another solid investment) and in doing so identified another opportunity – which led to buying the whole store, and subsequently raising of more than $25 Million from the likes of musicians Brad Paisley and Cheap Trick’s Rick Nielsen, and fellow Michigan Wolverines (and Chicago Tech royalty) Brad Keywell and Eric Lefkofsky to completely revolutionize how musicians buy and sell equipment.

This acquisition, which became what we now know as, Reverb.com, brings us to the NEXT amazingly simple tactic used by leaders such as Kalt.

Practice (thanks, AI). In a recent Grammy event at the Reverb HQ, musician (and #GOT alum) Ed Sheeran shared with David that he writes a new song EVERY DAY, which is completely INSANE, btw!

Ok, for a musician or writer… this makes sense. But, how does that help me as a CEO? I’ll tell you… We often get caught up checking boxes, in other words, we focus on deadlines and forget to ask ourselves (and our team), “is this the best work that we can do?”

I do a lot of speaking engagements to share with others what I have learned from interviewing hundreds of tech founders; and invariably I am asked, “how can I tell the winners from the losers?” My answer is pretty simple. The most successful founders I have met are all obsessed with the details, rather than rewards. They work tirelessly on their craft – with the majority of their work ending up in the trash bin – so that their customers only experience the best they have to offer.

As David told us, taking this approach of continued high volume production lends itself to amazing analytics, and that is the main reason that going from an options trading platform to selling guitars wasn’t the crazy leap you might have thought (it’s also the reason Reverb is going to do a billion dollars in business by 2020).

[note: immediately following this conversation with David, I pulled my team aside and explained to them how important it is that we create multiple versions all of our content, from my show to our videos and written pieces before posting AND that each person will be responsible for knowing their metrics from here on – because if we aren’t pushing our own boundaries, we’re regressing, and that’s simply unacceptable]

Speaking of pushing boundaries, David dropped one final gem on us that I think will make me, my team, and most importantly, you… a much better leader. You’ve heard the saying, “a couple that plays together, stays together…” Well, the same is true of companies! At Reverb on a regular basis the entire team gets together for jam sessions to build the important traits that mark any healthy relationship; things like, trust, passion, honesty and timing!

How can your team handle the grind and blowouts that inevitably cripple even the toughest collaborators? Ask David, and he’ll tell you that it all starts with transparency. Accountability begins with trust. If you show your weaknesses, passions and an ability to help those that wanna help themselves, you build up team trust; resulting in a data-driven team that has a level of accountability and performance pride that’s enabled Reverb to know where we stand (metrics-wise) on a daily, if not hourly basis.

“My team has come to expect me (and others) to ask questions about daily performance and you’d better know what you’re talking about,” Kalt says.

Reverb established this culture by playing together… which for a company full of musicians isn’t terribly difficult. But, what about those that don’t play? They hold plenty of extracurricular activities (sometimes even in the musty basement of the HQ) where the team can work together on things like public speaking, other artistic passions or just shooting the shit.

[note: This might be the biggest takeaway for my Technori Team; we typically just fly in and out of the office and throw our content rundown together remotely – if at all. Moving forward, we’re going to find time to shoot the mini basketball and play some office knockout, talk through our favorite stories and work together to improve on things we all want to become better at – work related or not]