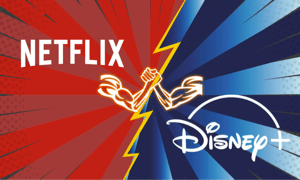 That Mickey Mouse operation has assembled the most alluring bundle in all of streaming.

Each week, there’s another major development in the streaming video industry, and with each new development it becomes increasingly apparent that Disney+ is the best contender to challenge Netflix as the leading streaming platform.

The most recent development was HBO admitting last week that, yes, it does indeed have a brand confusion problem with its assortment of different streaming options and that it will streamline its offerings. 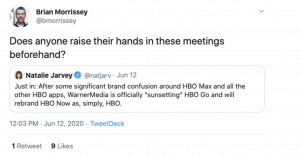 That announcement came on the heels of a leak about Google’s new streaming device, codenamed Sabrina. It marks yet another attempt by Google to revolutionize TV, something the company has failed at repeatedly over the years despite owning YouTube, the largest video platform on the web. Google suffers from a brand confusion problem of its own between its botched Google TV streaming platform; YouTube TV, its current signature streaming platform; and its competing streaming devices, the Chromecast and the forthcoming Sabrina device.

These are just two of the many head-scratching strategies employed by streaming companies this year. Others include Quibi launching a video platform that didn’t work across devices and didn’t allow users to share screen grabs on social media, and Apple thinking it could vie for consumers’ attention spans by producing a bunch of big-budget original series and having no back catalog.

All of these questionable decisions make Disney’s Disney+ rollout all the more impressive.

Unlike Quibi and Apple TV+, Disney+ didn’t resort to cheap marketing gimmicks. Rather, Disney+ kickstarted the Disney+ launch by keeping things simple — it assembled a streaming TV bundle that appealed to a wide swath of households and marketed it to them aggressively.

Disney has a distinct advantage because of its library of animated and live-action classics, but an archive of kid-friendly programming only appeals to households with families. So Disney added access to its library of Marvel and Star Wars movies to attract younger, single, predominantly male consumers, and it made the deal all the more enticing to the geeky set by commissioning The Mandalorian, the first live-action Star Wars series in the history of the franchise.

Then Disney thought about how to bundle its flagship Disney+ product with its other intellectual property. It created a 3-in-1 package that combines Disney+ with ESPN+ (a must-have for sports fanatics) and Hulu (a must-have for TV fanatics). And it bought the rights to The Simpsons archive to lure in comedy fans.

This is in stark contrast to Google, whose strategy seems to be “throw shit at the wall and see what sticks.” No wonder it has never been able to turn the world’s largest video platform into a viable streaming contender.

Netflix has dominated the streaming industry for years.

But Netflix’s grip on the industry is slowly diminishing. Its number of U.S. subscribers has fallen off in recent quarters (though it continues to grow in markets abroad), and the number of streaming competitors continues to grow. This year alone, Netflix will lose access to Friends, Mad Men and The Office, three of the most iconic TV series in the history of the medium, and its original scripted series have been lackluster as of late.

It opens the door for an up-and-coming streaming service to knock Netflix off the throne and establish itself as the new leader in the industry. Some of the biggest media concerns in the world are jockeying for that position, but so far Disney+ is in the lead — and by a pretty wide margin, at that.